The apparel industry has a dilemma — its growing market of global middle class consumers wants their fashion fast and cheap, but the planet can’t sustain the current rate (or trend line) of resource consumption or environmental impacts. Author, editor, FIT assistant dean of the School of Art & Design, and sustainable fashion expert, Sass Brown, gives us an insider’s take on the seismic shifts pushing the fashion and apparel industry towards less wasteful systems and technology, new heights in design, and far more responsible corporate citizenship when it comes to resourcing, environmental impacts and social justice.

GoGreen Conference: From an insider’s perspective, what is the incentive for the fashion industry to address sustainability and social impact concerns?

Sass Brown: First and foremost there is the knowledge that they are doing something worthwhile that goes beyond mere profits, and aligns them better with current attitudes and values in the triple bottom line of people, planet and profit. The fashion industry has always prided itself on being cutting edge, so leading by example by integrating systemic change inside their own industry has major PR benefits to a consumer who is becoming more and more conscious in their consumption, and voting with their hard earned dollars.

GG: What kind of change have you seen in the past five years in terms of industry and designer attitudes towards more responsible supply chains and ethical production? Is this trend a blip on the radar or a meaningful shift in “business as usual”?

SB: There is no doubt this is a major shift in values in corporations as well as the consumer behaviour. The fashion and related industries is a major global employer, and as such has the ability to impact the planet through the changes they make. The past few years has seen more and more designers building new models and systems instead of blindly following the existing fashion system, which is unsustainable by definition. The first wave of sustainable fashion designers concentrated on making more conscious material or production choices but within the existing systems, the newer designers are no longer trying to conform to the models which are wasteful by definition, but forging their own models and building new systems.

GG: What role is technology playing in driving sustainability in the fashion industry? Has it affected design as well as production and sourcing? Are there key technologies that are especially promising in this area? 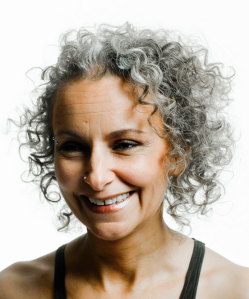 SB: Water filtration systems and closed loop water use is one of the important trends in dying, finishing and deconstructing garments (e.g.,  Levi’s waterless stone washing and laser fading). Also green factories that filter all dye waters, clean it and reuse it thereby creating a closed loop water management system have affected production.

Digital printing that limits inks to only the garment shapes and not the wasted material, and special printing inks that don’t use water, are biodegradable or have various color change properties to communicate levels of pollution (such as acid rain) have also affected production. Helen Story, who developed catalytic clothing that cleans the air from pollutants through contact, and is in the process of being developed as a washing powder additive is a design shift.

There is also the reverse of technological advances with a major shift to slow design and non mechanization of processes, such as a current vogue for DIY, felting, hand knits and labour intensive workmanship. Suzanne Lee’s green tea bio textiles is a good example of that where fabric is ‘grown’ through a fermentation process, which is another example of both a production and design shift.

GG: What is the current state of affairs? Are major designers/houses getting on board? Or is the sustainable fashion movement still working towards a tipping point?

SB: Eco fashion is predominately led by the emerging designer market, rather than the high street or the luxury industry, however they are beginning to make their own inroads. H&M are now the single largest purchases of organic cotton. High street chains such as Top Shop in the UK have recently undertaken upcycling by contracting designers to redesign their left over stocks. Marks and Spencer’s popularized the Shwopping event to encourage customers to give back. Multiple retailers including Marks and Spencer, H&M and Intimisimi have take back programs that reward customers for recycling unwanted clothing.

There is still a long way to go, but these are all encouraging signs. Levis, Patagonia and NIKE are the founders of the HIGGS Index, the first open source Life Cycle Assessment tool for fashion and accessories. The largest corporations have some of the biggest challenges in turning their companies around, but can also have the single greatest impact. The luxury market has not yet made significant inroads into eco design, but those that have been meaningful to date include Livia Firths Green Carpet Challenge who has worked with designers such as Paul Smith and Armani. Vivienne Westwood’s bag collection produced in Africa, Gucci’s anti deforestation handbag line and Yves Saint Laurent’s New Vintage collection for Barney’s New York. There is also Stella McCartney and PPR’s commitment to sustainability.

GG: What designers are doing particularly innovative work in a sustainable manner? Are there designers who have impressed you and have the potential to garner mass appeal?

I am an aesthete at heart, as a designer myself, I am most impressed by those that excel creatively in a conscious manner. From Somewhere in the UK’s collaboration with Speedo is a particularly inspiring partnership and a creative means to repurposing major garment and textile waste from the banned LZR Racer suit. Christopher Raeburn has also spearheaded up-cycling of mostly military textiles, as well as use of dead mill stock for his source material and at a decent scale of production.

I am in love with Austrian designer Steinwidder who’s unique source of up-cycled used materials showcases the fact that there is no end to creative solutions to waste (they use damaged and worn socks to create a cool, edgy, urbane collection). Finally companies such as Berlin label MAYER Peace Collection, British bag designer Tamara Fogle and Austrian brand km/a use of non traditional textiles such as vintage flour sacks from the late 1800s or worn Austrian prisoners blankets have completely recontextualized our material connections, valuing holes and stains as a historic timeline that are sought after and valued.

GG: What is the biggest challenge facing stakeholders in the fashion industry in terms of producing apparel for a world of seven Billion under a triple bottom line approach?

SB: A change in attitude is underway, but remains a huge challenge for the consumer, and a shift from the mindset of throw away, fast fashion. There is a limit to how sustainable fast fashion can become, as it is a product based on mass consumption to begin with, so a shift back to the mindset of our parents and grandparents who understood clothing as an investment that was considered instead of a cheap means of entertainment. This is, however, a shift that is being mirrored in every market as consumerism shifts to a more conscious mindset. As consumers become more aware of the hidden price tag to fast fashion, it will inevitably become unattractive to save money on an item of clothing at the cost of the environment or someone else’s well being.

GG: Are there promising solutions in the works to address this challenge?

SB: An attitudinal change is a process that takes years, but we are well en route on that process. The slow food movement did not happen overnight, but never the less has permeated the market to a mass extent. Fashion is on that path right now, and is nearing a tipping point where conscious consumerism will become the norm. People are realizing that they vote with their purchases, and whether they choose to or not, they are endorsing corporations through their purchases.

GG: What is the role for institutions like FIT in leading a movement for more sustainable design? How are you training designers differently in order to address environmental and social concerns?

SB: Many of the younger generations are quite well aware of the state of the planet and hungry for ways and means to make change in their own lives and their work places. The role of the schools, is to inform them of ways and means to express their social consciousness through their chosen field, whether that is fashion, accessories or jewelry design. To give them the tools and show them the examples of what is already being done, so they can go on to improve and better those models, as well as invent new ones.

Sass Brown is an author, designer, speaker, European editor of Coco Eco Magazine, and assistant dean at the Fashion Institute of Technology’s School of Art & Design in New York City. She will participate in GoGreen NYC’s industry spotlight on The Future of Fashion, September 26 at 4:30 p.m. Tickets can be purchased at www.newyork.gogreenconference.net.